Inspired by the Exotica movement of the 1950’s, Ozotica is Australia’s only exotic lounge ensemble and features a who’s who of the jazz & island music scene whose members have collectively featured on over 100 recordings. Craig Beard (vibraphone), Sam Lemann (guitar, ukulele), AJ Leonard (ukulele, vocal) and Ben Robertson (double bass) are veterans of the festival circuit in Australia and overseas. Each has created an individual voice on their given instrument which combined creates something curiously unusual and excitingly seductive.

Vibraphonist Craig Beard has performed at Montreux and Singapore jazz festivals. Guitar and ukulele player Sam Lemann is in great demand by singers, songwriters and bandleaders of many styles. AJ Leonard is regarded as one of the most innovative and creative ukulele players in the world with 12 albums to his credit. Mensa award winner double bassist Ben Robertson is regularly featured in Australian film scores, along with television appearances and touring commitments with local and international artists. 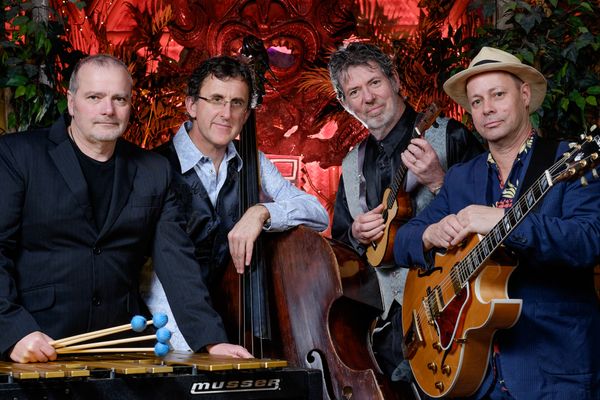